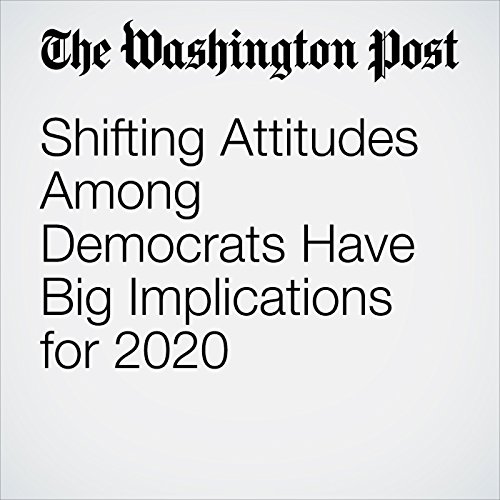 Partisan divisions are not new news in American politics, nor is the assertion that one cause of the deepening polarization has been a demonstrable rightward shift among Republicans. But a more recent leftward movement in attitudes among Democrats also is notable and has obvious implications as the party looks toward 2020.

"Shifting Attitudes Among Democrats Have Implications for 2020" is from the October 07, 2017 Politics section of The Washington Post. It was written by Dan Balz and narrated by Sam Scholl.