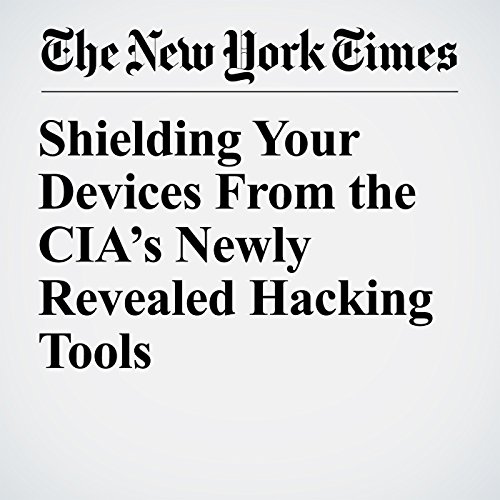 So even if you aren’t worried about what WikiLeaks revealed about the CIA right now for yourself, here are some tips for protecting your cellphones, televisions and internet routers.

"Shielding Your Devices From the CIA’s Newly Revealed Hacking Tools" is from the March 08, 2017 Technology section of The New York Times. It was written by Brian X. Chen and narrated by Caroline Miller.