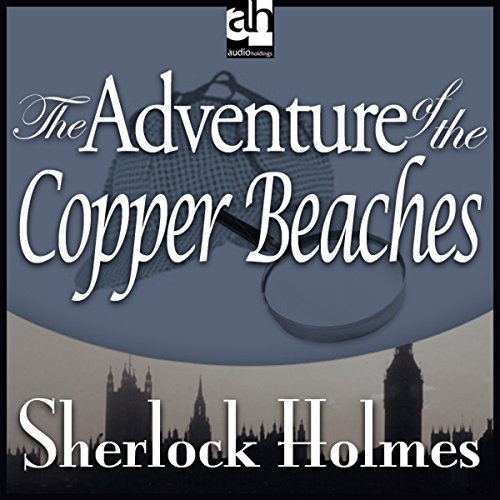 "The Adventure of the Copper Beaches" is the 12th and ultimate story in The Adventures of Sherlock Holmes (1892), Arthur Conan Doyle's first collection about the eponymous investigator. In this case, an English governess comes to Baker Street for advice about an employer with suspicious demands.

If Edward Raleigh's command of Dr. Watson's and Sherlock Holmes's dialogue is an established wonder, he also intones Miss Violet Hunter with delicate verve. Raleigh grew up imitating the voices he heard on the BBC radio. For his expertise in narrating over 700 audiobooks, including many classics by Dickens, Wodehouse, and Trollope, he won AudioFile's Golden Voice Award. The world of audio narration lost one of its greats when Raleigh died, in 2005.