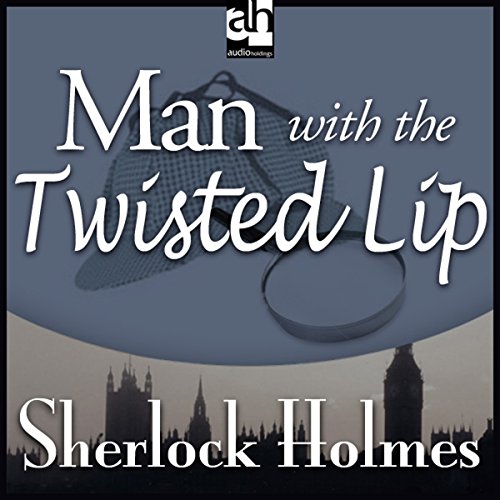 Holmes discovers Dr. Watson in the black shadows of a smoke-filled opium den in the basement of the very house where Holmes is investigating his latest murder case! But of course the good doctor is only there to hunt down the drug-addicted husband of his wife's dear, but distraught, friend. Sound confusing? For all but The Great Detective, it probably is. And we haven't even talked about the murder yet!
©2009 Public Domain (P)2009 Audio Holdings, LLC
Investigatori tradizionali
Mostra di più Mostra meno

"The Man with the Twisted Lip" is in many ways a consummate Sherlock Holmes story. In the course of his investigations, the iconic detective visits an opium den in disguise and deduces the shocking whereabouts of a missing man. He also smokes a pipe.

Edward Raleigh performs this story, which appeared in Arthur Conan Doyle's first Holmes collection, of 1892. This versatile actor adds exponentially to the pleasure of listening to the already entertaining story. His range of accents and convincing dialogue, in addition to his cultivated articulation, made him a favorite narrator of classic British authors like Wodehouse, Trollope, and Dickens before his death in 2005.