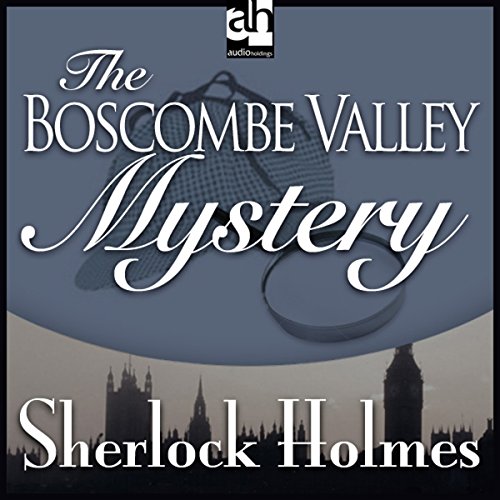 A son is accused of his father's murder, and the evidence against him looks overwhelming. But Miss Turner, a lovely young woman who has known him since childhood, refuses to believe he is guilty. She calls on Sherlock Holmes to see if he can find some loophole, some flaw in the circumstantial evidence. Holmes is certain that he can discover the true murderer, but will it be the undoing of Miss Turner?
©2009 Public Domain (P)2009 Audio Holdings, LLC
Investigatori tradizionali
Mostra di più Mostra meno

"The Boscombe Valley Mystery" appeared in The Adventures of Sherlock Holmes (1892), the first short story collection in Arthur Conan Doyle's famous canon. The twisting plot probes the mystery of a murder, the true perpetrator of which Holmes quickly deduces. The somewhat dated details about secret marriages and Australian gold robbers only add to the fun.

Edward Raleigh keeps masterful pace with the workings of Holmes' investigatory mind. When this Golden Voice winner performs the intricate Doyle narrative, he deposits listeners in a Victorian world where a forensic science pioneer easily outsmarts everyone around him, including a Scotland Yard detective and the murderer himself.