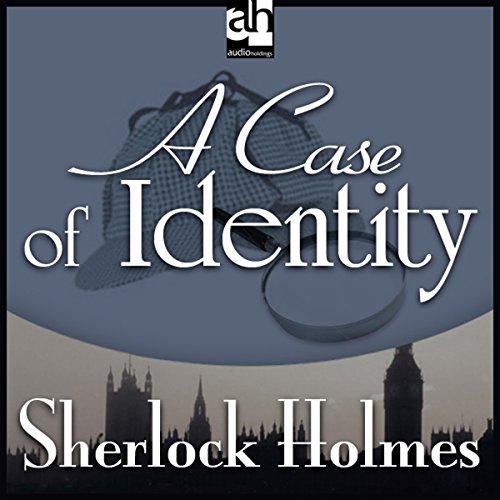 Set in 1888, the story revolves around this case of Miss Mary Sutherland, a woman with a substantial income from the interest on a fund set up for her. She is engaged to a quiet Londoner who has recently disappeared. Listen as the great detective unravels a web of assumed identities and intrigue.
©2009 Audio Holdings, LLC (P)2009 Audio Holdings, LLC
Poliziesco Investigatori tradizionali Antologie e racconti brevi
Mostra di più Mostra meno

"A Case of Identity" was first published in 1892 as part of Arthur Conan Doyle's first short story collection, The Adventures of Sherlock Holmes. The case is rather "elementary" even by the standards of the esteemed Baker Street detective: a wealthy woman's quiet fiancé goes missing and the bride-to-be hires Holmes to help track him down. Track him down Holmes does, but in a way that mystifies his colleague Watson until the keenly observant detective consents to share his solution.

As for the delivery of this mystery, performers don't get better than the late Edward Raleigh, whom AudioFile magazine named a Golden Voice for being "one of the industry's most sought-after narrators".