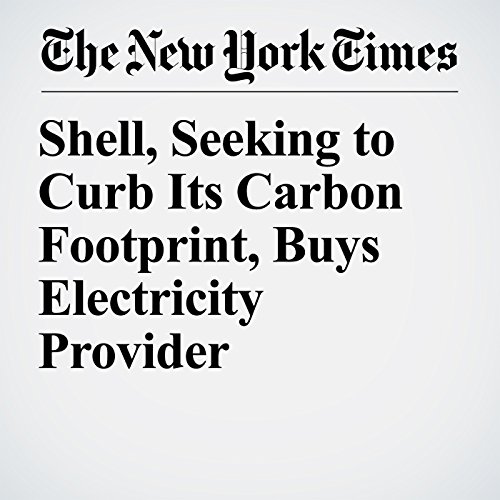 Royal Dutch Shell announced Thursday that it had agreed to buy a Britain-based provider of electrical power and natural gas, one of the boldest in a series of recent investments in non-oil and gas-energy businesses by large European oil companies.

"Shell, Seeking to Curb Its Carbon Footprint, Buys Electricity Provider" is from the December 21, 2017 Business section of The New York Times. It was written by Stanley Reed and narrated by Kristi Burns.