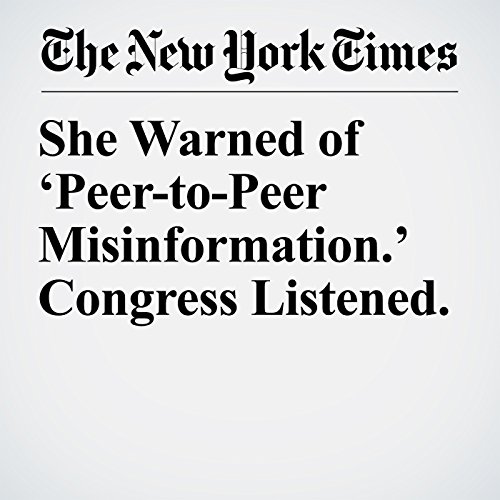 For years, Renee DiResta had battled disinformation campaigns, cataloging data on how malicious actors spread fake narratives online. That morning, wearing headphones so she wouldn’t wake up her two sleeping children, DiResta watched on her laptop screen as lawyers representing Facebook, Google and Twitter spoke at congressional hearings that focused on the role social media played in a Russian disinformation campaign before the 2016 election.

"She Warned of ‘Peer-to-Peer Misinformation.’ Congress Listened." is from the November 12, 2017 Business section of The New York Times. It was written by Sheera Frenkel and narrated by Kristi Burns.