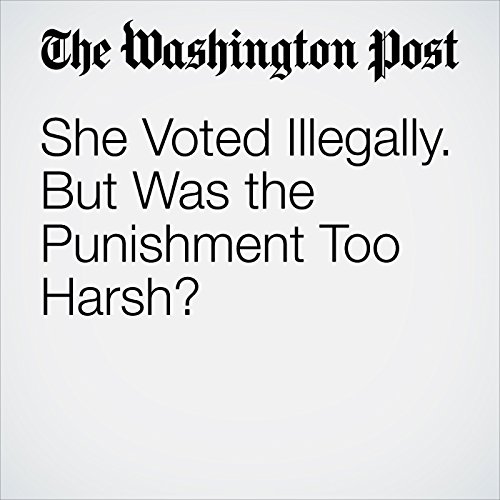 Mexican born and Texas raised, Ortega voted in Dallas County after filling out a registration form saying she was a U.S. citizen. She did the same after she moved one county over, which led detectives to knock on her door. Ortega told them she thought she could vote because she has a green card. Isn’t that enough?

"She Voted Illegally. But Was the Punishment Too Harsh?" is from the April 03, 2017 National section of The Washington Post. It was written by Robert Samuels and narrated by Sam Scholl.

Cosa pensano gli ascoltatori di She Voted Illegally. But Was the Punishment Too Harsh?