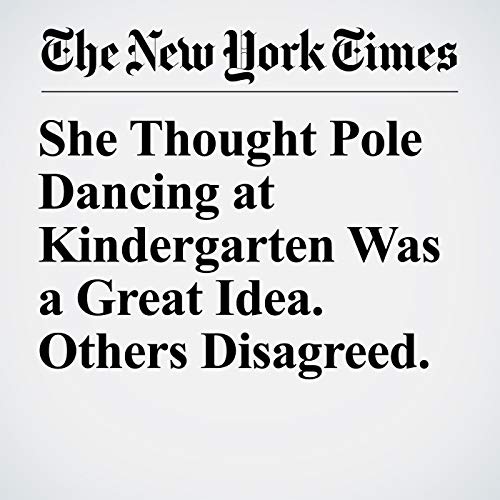 BEIJING — At the start of a new school year, a kindergarten principal in southern China thought dance performances would make a grand welcome. They would include jazz and traditional Chinese dance, she said. Oh, and there would also would be a strutting, shimmying pole dancer.

"She Thought Pole Dancing at Kindergarten Was a Great Idea. Others Disagreed." is from the September 03, 2018 World section of The New York Times. It was written by Chris Buckley and narrated by Kristi Burns.