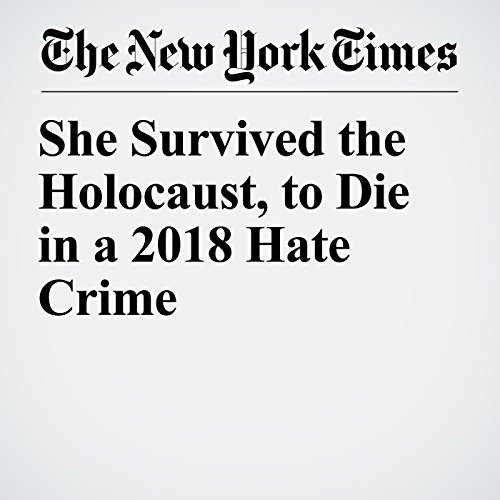 An 85-year-old woman who as a child narrowly escaped France’s most notorious wartime roundup of Jews has been murdered in Paris, and officials are calling it a hate crime.

"She Survived the Holocaust, to Die in a 2018 Hate Crime" is from the March 26, 2018 World section of The New York Times. It was written by Adam Nossiter and narrated by Kristi Burns.

Cosa pensano gli ascoltatori di She Survived the Holocaust, to Die in a 2018 Hate Crime