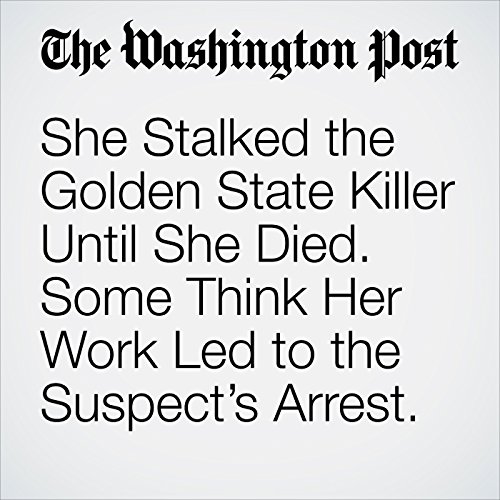 She knew his blood type, his build, his habits and the way he breathed. She knew his twisted proclivities, embarrassing faults of his anatomy and exacting details about dozens of rapes and 12 killings that police think he committed. And after tracking him and the gruesome trail of crimes he left throughout California, for years, she even seemed to know how it would all end.But Michelle McNamara never lived to see the day that a suspect was arrested.

"She Stalked the Golden State Killer Until She Died. Some Think Her Work Led to the Suspect’s Arrest." is from the April 26, 2018 National section of The Washington Post. It was written by Eli Rosenberg and narrated by Sam Scholl.