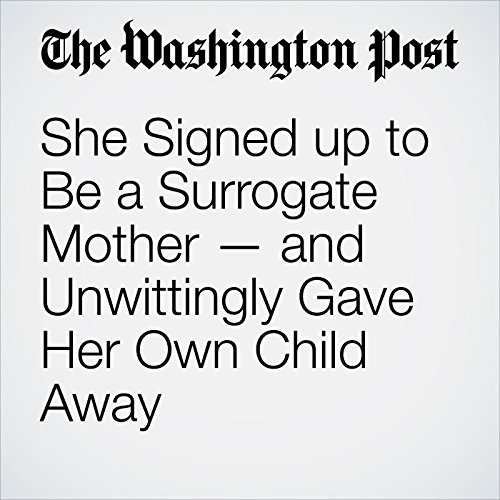 In April 2016, after in vitro fertilization treatments, Allen became pregnant with the couple’s baby.Six weeks later, the first of many surprises in her surrogacy would crop up: A second baby had appeared in her scans.

"She Signed up to Be a Surrogate Mother — and Unwittingly Gave Her Own Child Away" is from the October 28, 2017 To Your Health section of The Washington Post. It was written by Amy B Wang and narrated by Sam Scholl.