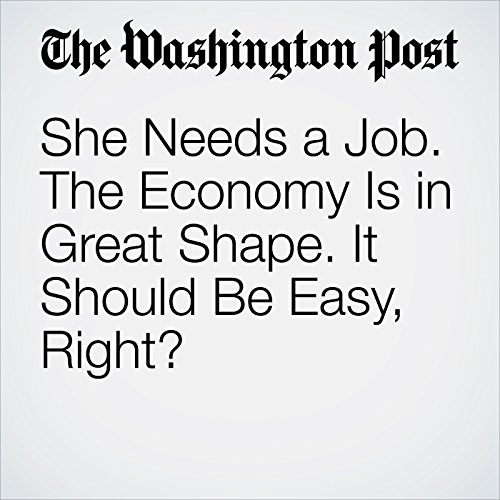 On the morning she would try to change her circumstances, Donna Maria Osborne did everything she thought she was supposed to. She woke up early, lifting herself off her sister’s couch, where a permanent indentation was starting to form in the cushions. She said her prayers, making sure to say “thank you” before asking, again, for what she wanted most. She dressed in a black suit, paid $2 to ride the bus and arrived at the Walter E. Washington Convention Center at 8:30 a.m. The job fair started at 10.

"She Needs a Job. The Economy Is in Great Shape. It Should Be Easy, Right?" is from the August 07, 2017 Style section of The Washington Post. It was written by Jessica Contrera and narrated by Sam Scholl.

Cosa pensano gli ascoltatori di She Needs a Job. The Economy Is in Great Shape. It Should Be Easy, Right?