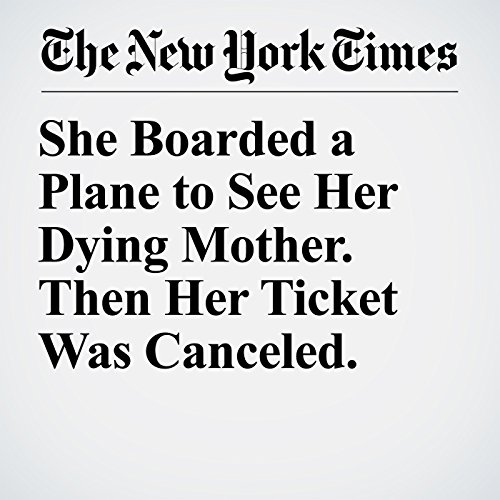 In a hospital in Minnesota, Carrol Amrich’s mother was dying. In Pueblo, Colorado, a thousand miles away, Amrich was frantically trying to get there in time to say goodbye. Holding a United Airlines ticket purchased for her by her landlord, she probably would have. But minutes before departure, already buckled into her seat, she was ordered to leave the plane.

"She Boarded a Plane to See Her Dying Mother. Then Her Ticket Was Canceled." is from the January 26, 2018 Business section of The New York Times. It was written by Maggie Astor and narrated by Barbara Benjamin-Creel.

Cosa pensano gli ascoltatori di She Boarded a Plane to See Her Dying Mother. Then Her Ticket Was Canceled.