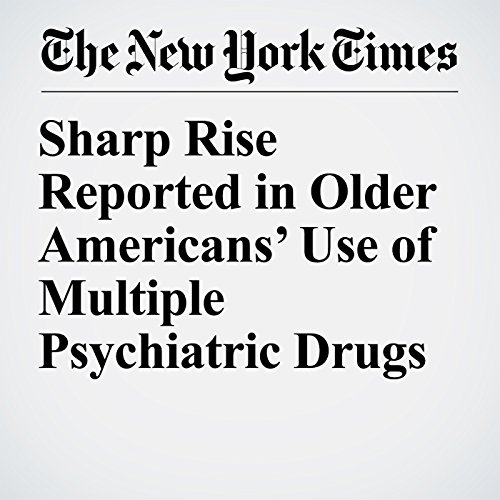 The number of retirement-age Americans taking at least three psychiatric drugs more than doubled between 2004 and 2013, even though almost half of them had no mental health diagnosis on record, researchers reported Monday.

"Sharp Rise Reported in Older Americans’ Use of Multiple Psychiatric Drugs" is from the February 13, 2017 U.S. section of The New York Times. It was written by Benedict Carey and narrated by Keith Sellon-Wright.