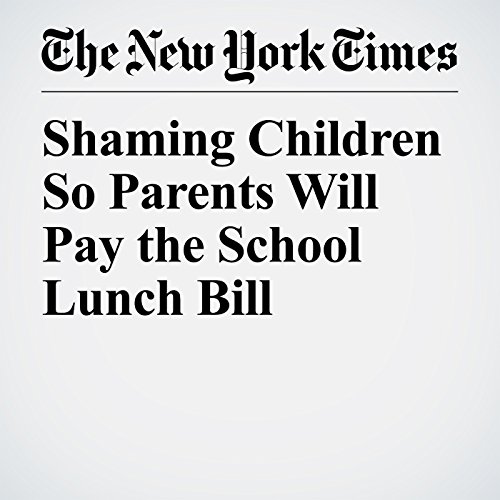 In the first day of seventh grade last fall, Caitlin Dolan lined up for lunch at her school in Canonsburg, Pennsylvania. But when the cashier discovered she had an unpaid food bill from last year, the tray of pizza, cucumber slices, an apple and chocolate milk was thrown in the trash.

"Shaming Children So Parents Will Pay the School Lunch Bill" is from the April 30, 2017 U.S. section of The New York Times. It was written by Bettina Elias Siegel and narrated by Keith Sellon-Wright.