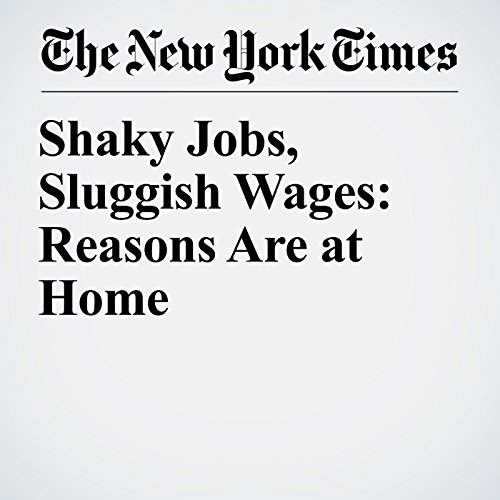 President Donald Trump hasn’t been saving jobs in the last few weeks, focusing his energy (and Twitter feed) on how to close the borders to immigrants instead.

"Shaky Jobs, Sluggish Wages: Reasons Are at Home" is from the February 28, 2017 Business section of The New York Times. It was written by Eduardo Porter and narrated by Keith Sellon-Wright.