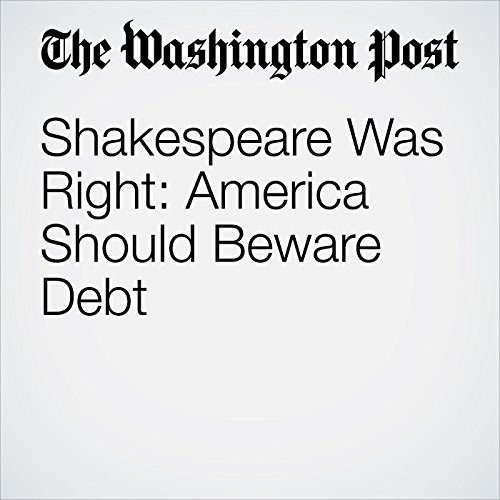 Miraculous Mr. Shakespeare is at his subtle best, methinks, when he has Polonius, the old blowhard, pour out the sum of his wisdom to Laertes, his departing son, in “Hamlet.” The speech captures one of the essential facts of a father’s life: that the distillate of one’s life experiences makes rather weak tea when we try to put it into words. We can picture the son’s eyes darting impatiently toward his waiting ship as his father prattles on about friendship, money management, proper attire and so on, until he finally finishes, 26 lines later, with the famous flourish: “To thine own self be true / And it must follow, as the night the day, / Thou canst not then be false to any man.”

"Shakespeare Was Right: America Should Beware Debt" is from the April 13, 2018 Opinion section of The Washington Post. It was written by David Von Drehle and narrated by Sam Scholl.