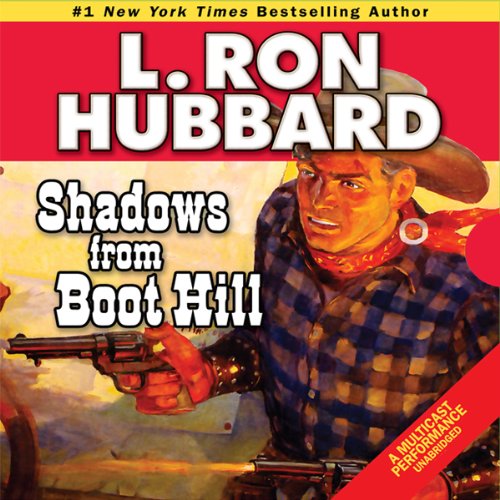 Every man walks with a shadow...but what happens when he acquires a second one? Just ask Brazos, a cold-blooded killer for hire with blood on his hands and a posse on his tail.

Desperate for cash, Brazos accepts $200 to gun down a local man named Brant. He’ll earn every penny...but in the end there’ll be the devil to pay. Because to put a bullet in Brant means putting one in his partner as well - an eerie stranger schooled in the black art of witchcraft. This is one killing that brings with it a deadly curse - and a second shadow.

As Brazos is about to discover, the Wild West doesn’t get any wilder than when a man is damned to live - and die - in the Shadows from Boot Hill.

Also includes the Western adventures “The Gunner from Gehenna,” in which a plot to steal a miner’s gold reveals how a good man can go bad...and a bad man can do good; and “Gunman!,” the story of an aging gunfighter turned lawman who shows his town what a real man is made of.

Lock the doors and turn on the lights as the audio version of Shadows from Boot Hill puts a chilling supernatural twist on the classic Western.

What did you like most about Shadows from Boot Hill?