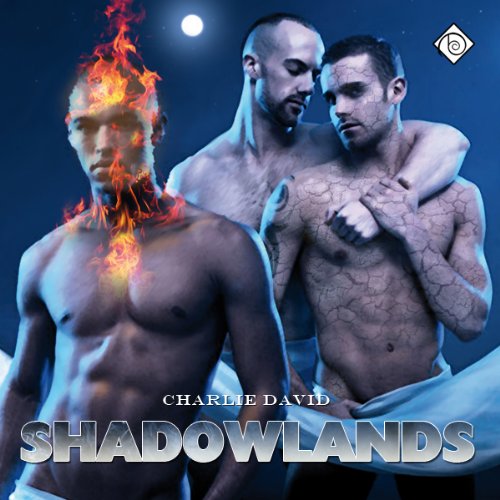 Shadowlands is a collection of heartfelt and sometimes heartbreaking short stories, from well-known actor and entrepreneur Charlie David, that explore the passion and pain of gay sexuality. Ancient myths are re-imagined with an exciting, queer twist, masterfully depicting the charged, fragile relationships of urban life today. Story genres in this collection include romance, science fiction, fantasy/paranormal, horror, and poetry.

The host of the TV travel series Bump!, which now airs in over 55 million households worldwide, Charlie David has played many roles in M/M film and television, including A Four Letter Word and Kiss the Bride, Bravo’s Godiva’s, Showtime’s Reefer Madness, Sundance Channel’s award-winning Terminal City, and a starring role in the gothic gay soap opera Dante’s Cove. In 2007 he started Border2Border Entertainment Inc., a production company whose award-winning films include Mulligans, Beyond Gay: The Politics of Pride, and Judas Kiss. Most recently he’s opened Charlie David Travel, which specializes in luxury travel to the southern hemisphere.

Couldn't go through all the stories but the first ones are in general morose, dark and depressing, dead lovers all over the place, deeply depressed surviving lovers on brink of suicide. If you're looking for some fun, gay literature look for something else.