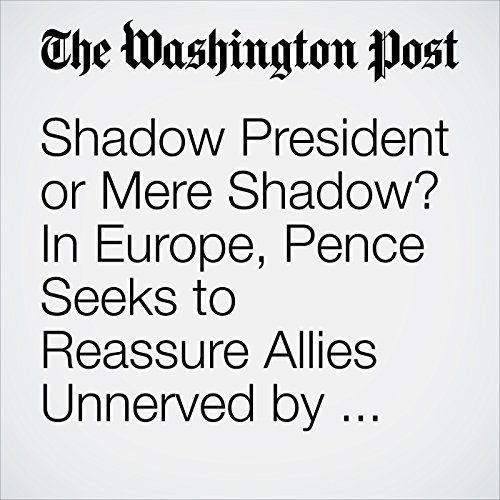 Diplomats and leaders across Europe had one crucial — if unstated — question for Vice President Pence when he visited Munich and Brussels this weekend: Is he the shadow president or a mere shadow of the president?

"Shadow President or Mere Shadow? In Europe, Pence Seeks to Reassure Allies Unnerved by Trump." is from the February 19, 2017 Politics section of The Washington Post. It was written by Ashley Parker and Michael Birnbaum and narrated by Sam Scholl.