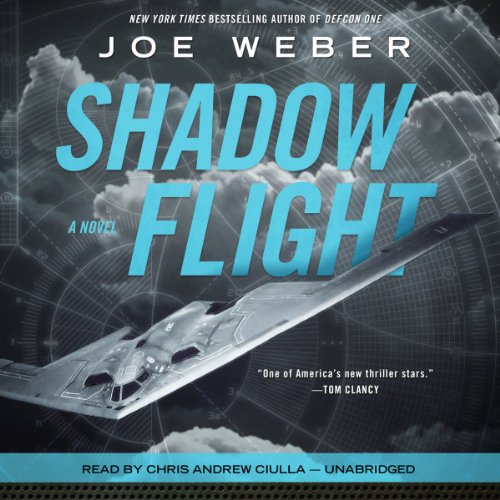 From the bestselling author of DEFCON One comes an explosive techno-thriller.

While Congress debates the merits of continued funding for the stealth bomber, sinister forces have their own goals in mind. During a training exercise, a B-2 bomber disappears. When search efforts produce no evidence that the bomber crashed, the US Air Force has no choice but to acknowledge that one of its most secret and high-tech aircraft has been hijacked.

Recovery of the B-2 and its crew becomes the president's highest priority, and the Kremlin claims no knowledge of the missing aircraft. Finally, intelligence leads to what at first seems a very unlikely suspect: Cuba. But could the tiny nation pull off a theft of this magnitude? And what might its plans be for the highly sought-after aircraft? Getting the answers to these questions becomes the top-secret mission for CIA agent Steve Wickham, for without those answers, only one solution will remain: invasion. And if the US invades, World War III will certainly follow.

This book was non stop action all the way. Easily as good as any Clancy or Coonts novel. This would make a great movie! the narration by Chris Andrew Ciulla was outstanding! Excellent foreign pronunciations and accents.

enjoyed the story... but again the narration a disappointment... enjoy the voice narration but the characters... he makes all the military members sound like Confederate Civil war Generals... made it real hard to listen too... Mr. Ciulla please talk to some real military members and try again.... just sad

This might have been a good listen if it hadn't been for the narrator. He alternated between trying to sound like John Wayne for the American characters and Colonel Klinck for the Russian characters. I just couldn't listen to the book.

The story was a bit contrived, the narrator was terrible with his whining fighter pilots. Russians on PMS and perpetual whining dumb Cubans

Clancy-esque...Apropos to the Ukraine stuff today

Where does Shadow Flight rank among all the audiobooks you’ve listened to so far?

I've listened to about 175. But not too many military novels. I thought Ciulla did a really great job with all the different types of individuals in this book, on both sides of the Cold War fence. It's in the top 20, for sure.

I really liked Fritz Kranz. Believable German (or Austrian...can't remember). Felt for him.

Which character – as performed by Chris Andrew Ciulla – was your favorite?

Again, I liked Fritz, and I liked the Russian baddies. Levchenko most of all.

I recommend it, if you like military. There's a lot of technical jargon, so if you like to be educated while you listen to some action, this is a good listen.

What disappointed you about Shadow Flight?

The Narration was painful. The Narrator was trying to be too many personalities with excessive drama. It was actually painful to listen to and detracted from the story.
I have listened to many audio books and this was the worst

I thought the ending was OK

Who would you have cast as narrator instead of Chris Andrew Ciulla?

If you could play editor, what scene or scenes would you have cut from Shadow Flight?

I did enjoy the story line. Actually, I haven't finished it yet, but I can't stand the narrator's treatment of some of the main characters. He makes them sound, well, I guess the politically correct phrase would be, mentally challenged. These characters are highly educated and talented professionals and he makes them sound like backwoods, slow and uneducated clods..

What disappointed you about Shadow Flight?

Not really that sort of story.

The narration was awful, accents were either completely over the top or laughably bad. I struggled to listen to parts of it which was a shame, because it wasnt a bad book.

What character would you cut from Shadow Flight?