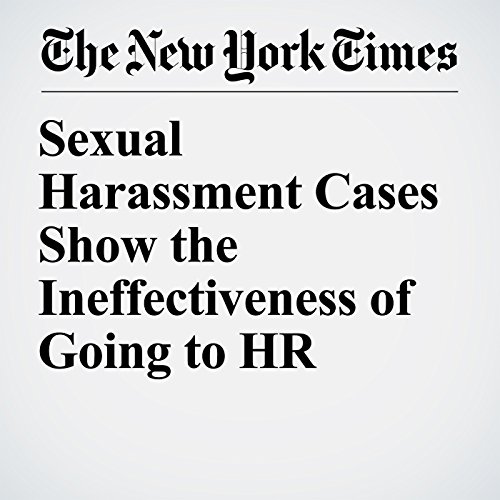 Human resources departments play a complicated role in harassment cases. The recent outpouring of complaints from women about mistreatment in the workplace has included numerous accounts of being ignored, stymied or retaliated against by human resources units — accounts that portray them as part of the problem, not the solution.

"Sexual Harassment Cases Show the Ineffectiveness of Going to HR" is from the December 12, 2017 Business section of The New York Times. It was written by Noam Scheiber and Julie Creswell and narrated by Kristi Burns.