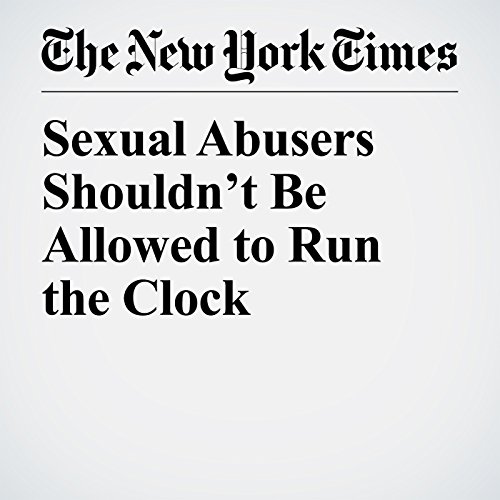 I was only 9 years old when my landlord’s teenage son led me into the basement with the promise of new toys. Instead, he forced me to touch him. He made me do things my young body and mind weren’t prepared to do. I distinctly remember how the damp floor and walls smelled of mildew, and how cold it was. I begged him to stop.

"Sexual Abusers Shouldn’t Be Allowed to Run the Clock" is from the June 12, 2017 Opinion section of The New York Times. It was written by Fabio Cotza and narrated by Kristi Burns.