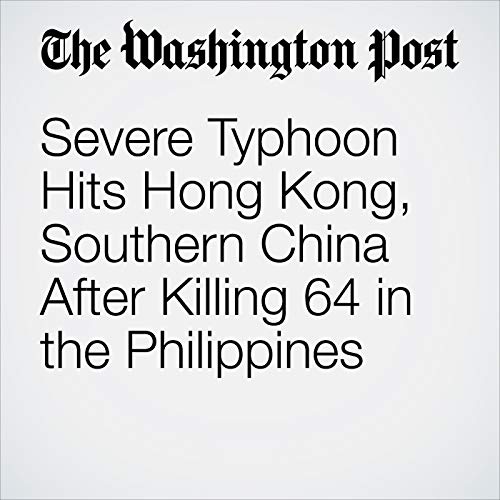 A severe typhoon made landfall in southern China on Sunday, inundating millions in the densely populated coastal cities with heavy rain, after ripping through Hong Kong and leaving at least 64 dead in the northern Philippines.

"Severe Typhoon Hits Hong Kong, Southern China After Killing 64 in the Philippines" is from the September 16, 2018 World section of The Washington Post. It was written by Shibani Mahtani and narrated by Sam Scholl.