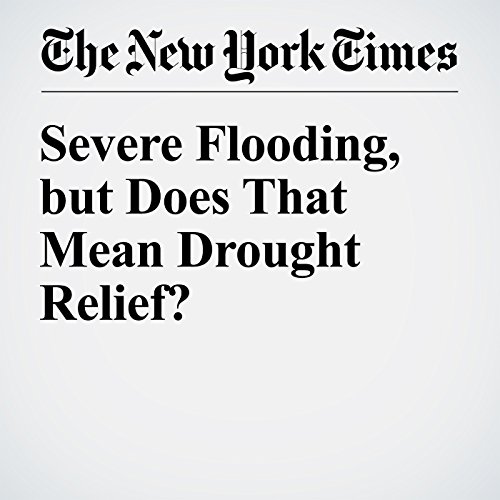 A band of dense, airborne moisture from the tropics — known as an atmospheric river — swirled into Northern California on Saturday and was expected to linger through Monday.

"Severe Flooding, but Does That Mean Drought Relief?" is from the January 09, 2017 U.S. section of The New York Times. It was written by Mike Mcphate and narrated by Fleet Cooper.