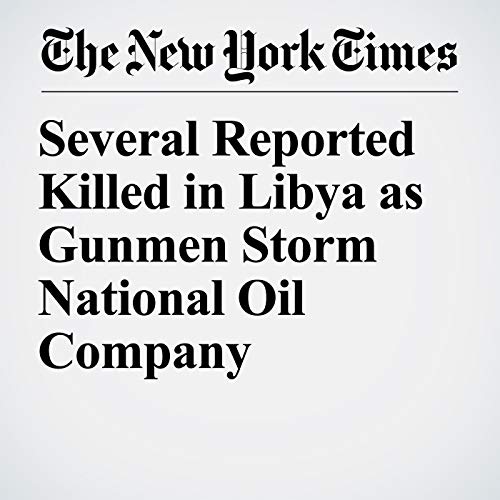 Gunmen stormed the headquarters of Libya’s national oil company in Tripoli on Monday, setting off explosions, taking hostages and spraying gunfire, leaving several people dead or wounded before forces aligned with the government took control of the building. The identity and motives of the assailants were not clear.

"Several Reported Killed in Libya as Gunmen Storm National Oil Company" is from the September 10, 2018 World section of The New York Times. It was written by David D. Kirkpatrick and Suliman Ali Zway and narrated by Kristi Burns.