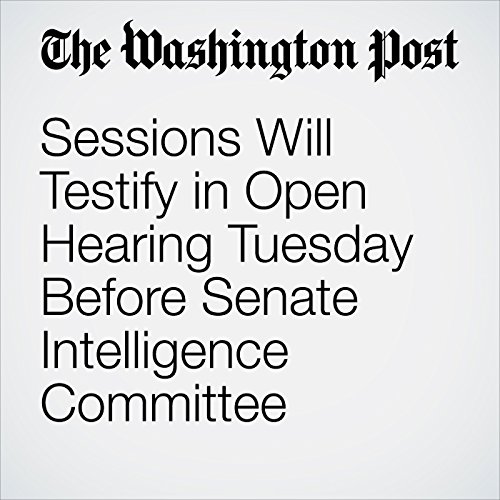 Attorney General Jeff Sessions will testify in an open hearing before the Senate Intelligence Committee on Tuesday, according to the committee’s leaders.

"Sessions Will Testify in Open Hearing Tuesday Before Senate Intelligence Committee" is from the June 12, 2017 National Security section of The Washington Post. It was written by Sari Horwitz and narrated by Sam Scholl.