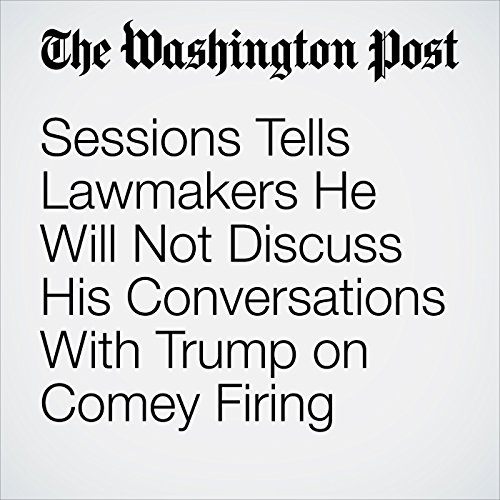 Attorney General Jeff Sessions rebuffed repeated requests from Democratic lawmakers to detail his conversations with President Trump on the firing of former FBI Director James B. Comey at a contentious oversight hearing before the Senate Judiciary Committee Wednesday.

"Sessions Tells Lawmakers He Will Not Discuss His Conversations With Trump on Comey Firing" is from the October 18, 2017 U.S. section of The Washington Post. It was written by Matt Zapotosky, Sari Horwitz and Devlin Barrett and narrated by Sam Scholl.