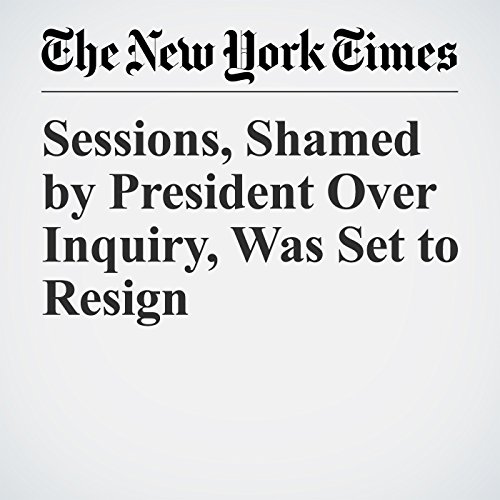 Shortly after learning in May that a special counsel had been appointed to investigate links between his campaign associates and Russia, President Donald Trump berated Attorney General Jeff Sessions in an Oval Office meeting and said he should resign, according to current and former administration officials and others briefed on the matter.

"Sessions, Shamed by President Over Inquiry, Was Set to Resign" is from the September 14, 2017 U.S. section of The New York Times. It was written by Michael S. Schmidt and Maggie Haberman and narrated by Mike DelGaudio.