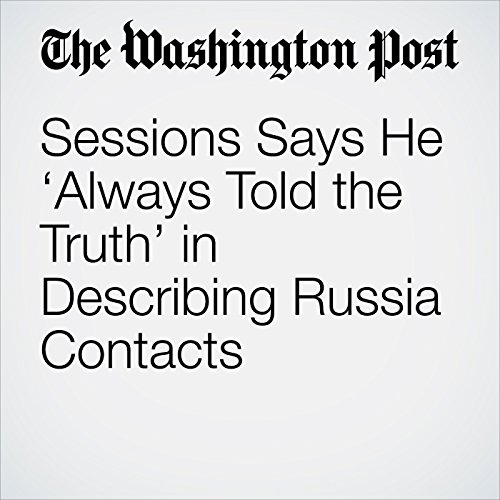 Attorney General Jeff Sessions said Tuesday that he has “always told the truth” in describing his knowledge of Trump campaign contacts with Russians, although he acknowledged that he now recalls an interaction with a lower-level adviser to Donald Trump who said he told Sessions about contacts who could help arrange a meeting between Trump and Russian President Vladi­mir Putin.

"Sessions Says He ‘Always Told the Truth’ in Describing Russia Contacts" is from the November 14, 2017 National section of The Washington Post. It was written by Matt Zapotosky and Sari Horwitz and narrated by Sam Scholl.