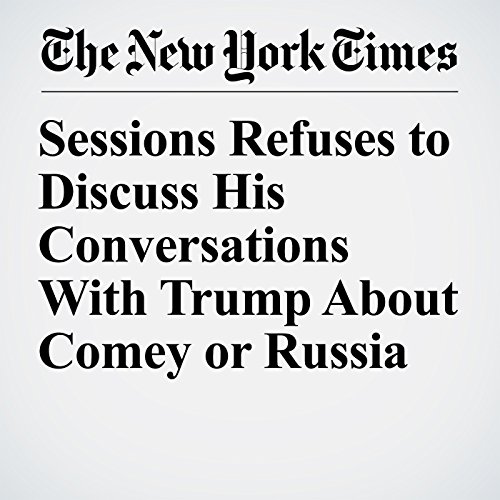 "Sessions Refuses to Discuss His Conversations With Trump About Comey or Russia" is from the October 17, 2017 U.S. section of The New York Times. It was written by Charlie Savage and Nicholas Fandos and narrated by Keith Sellon-Wright.