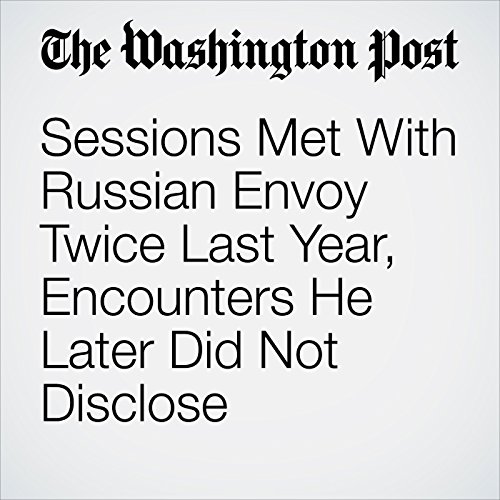 "Sessions Met With Russian Envoy Twice Last Year, Encounters He Later Did Not Disclose" is from the March 01, 2017 Politics section of The Washington Post. It was written by Adam Entous, Ellen Nakashima and Greg Miller and narrated by Jenny Hoops.