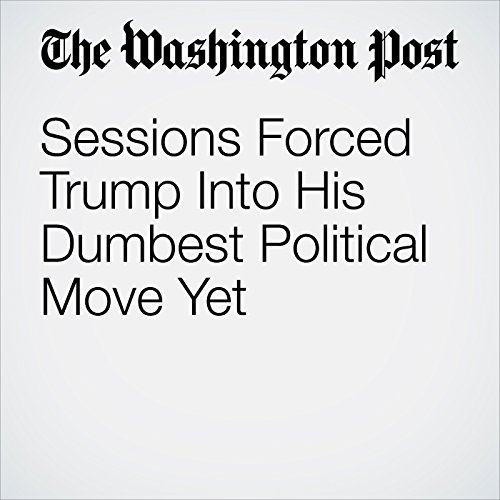 Attorney General Jeff Sessions apparently convinced President Trump he had no choice but to pull the plug on the Deferred Action for Childhood Arrivals, using a phony deadline as the pretext. Stephen K. Bannon and the alt-right may think this was a terrific idea, but the polls say otherwise — as does Trump’s newfound interest in finding a fix to his own political malpractice.

"Sessions Forced Trump Into His Dumbest Political Move Yet" is from the September 13, 2017 Opinion section of The Washington Post. It was written by Jennifer Rubin and narrated by Sam Scholl.