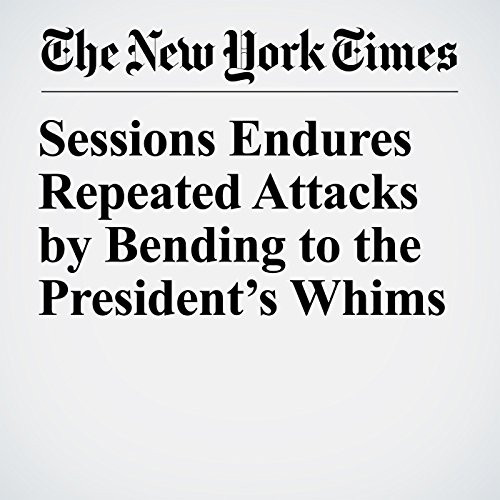 Attorney General Jeff Sessions has become famous for his ability to weather blistering critiques from the White House like the one President Donald Trump delivered Monday when he told reporters he wished he had “a different attorney general.”

"Sessions Endures Repeated Attacks by Bending to the President’s Whims" is from the April 09, 2018 U.S. section of The New York Times. It was written by Katie Benner and narrated by Kristi Burns.