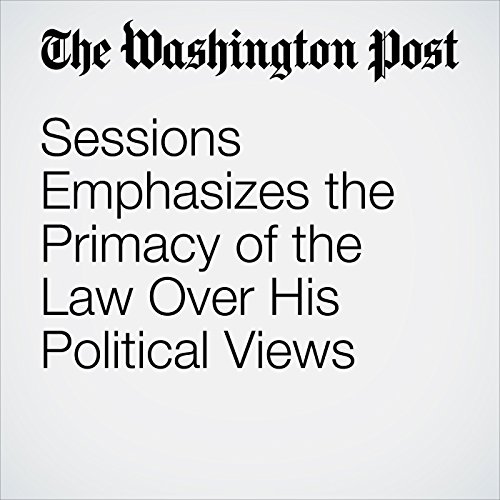 Sen. Jeff Sessions sought to assure the American public Tuesday that he could set aside campaign rhetoric and fairly enforce the law as the next U.S. attorney general, asserting repeatedly at his confirmation hearing that he would not let his personal views interfere with court precedent or the will of Congress.

"Sessions Emphasizes the Primacy of the Law Over His Political Views" is from the January 10, 2017 World section of The Washington Post. It was written by Matt Zapotosky, Sari Horwitz and Ellen Nakashima and narrated by Sam Scholl.