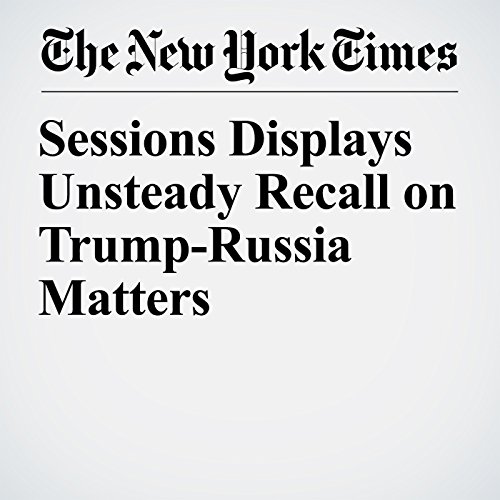 Attorney General Jeff Sessions, testifying before the House Judiciary Committee on Tuesday, showed selective recall on the Trump campaign’s Russia contacts. Sessions said he had “no reason to doubt these women” who have accused the man who wants his old Senate seat, Roy Moore, of seeking sexual or romantic favors from them as teenagers.

"Sessions Displays Unsteady Recall on Trump-Russia Matters" is from the November 14, 2017 U.S. section of The New York Times. It was written by Nicholas Fandos and Matt Apuzzo and narrated by Barbara Benjamin-Creel.