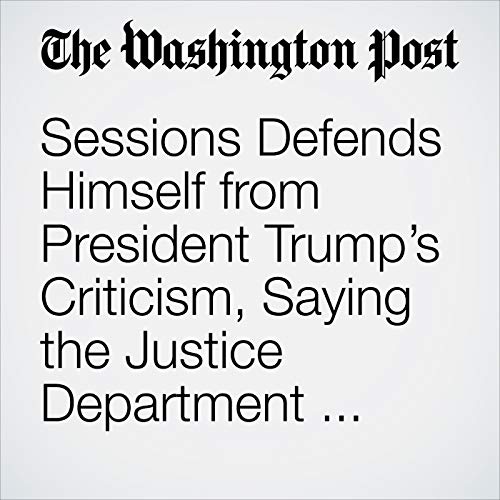 Attorney General Jeff Sessions pushed back forcefully Thursday against fresh criticism from President Trump, saying the Justice Department would not be “improperly influenced by political considerations.”

"Sessions Defends Himself from President Trump’s Criticism, Saying the Justice Department ‘Will Not Be Improperly Influenced by Political Considerations’" is from the August 23, 2018 Politics section of The Washington Post. It was written by John Wagner, Devlin Barrett, Seung Min Kim and narrated by Sam Scholl.