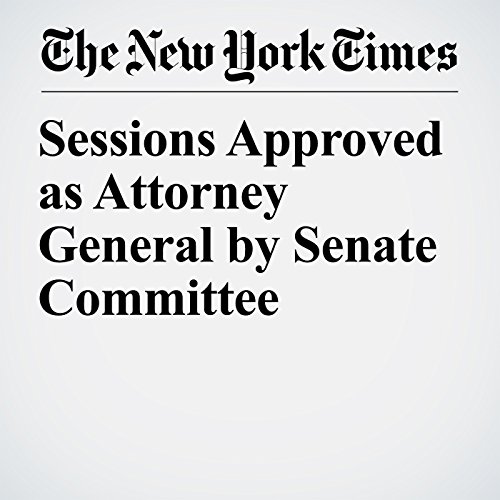 A divided Senate Judiciary Committee approved the nomination of Sen. Jeff Sessions as attorney general Wednesday, despite a fierce pushback from Democrats over President Donald Trump’s firing this week of the Justice Department’s acting chief, who had objected to the administration’s refugee policy.

"Sessions Approved as Attorney General by Senate Committee" is from the February 01, 2017 U.S. section of The New York Times. It was written by Eric Lichtblau and narrated by Keith Sellon-Wright.