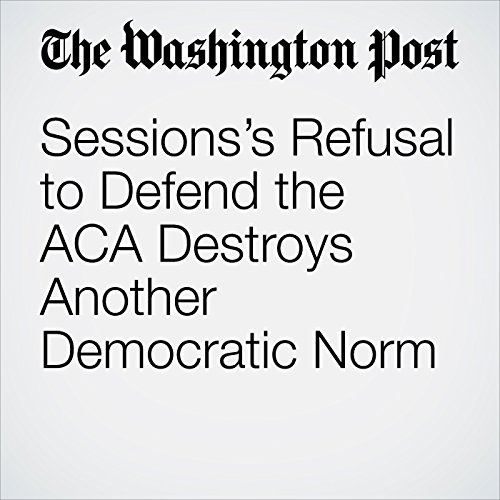 Sessions’s Refusal to Defend the ACA Destroys Another Democratic Norm

Another norm of democratic governance bites the dust. Attorney General Jeff Sessions informed Congress on June 7 that the Justice Department will not defend the constitutionality of the Affordable Care Act, or what’s left of it. After Congress repealed the penalty for an individual’s failure to obtain approved coverage as part of the 2017 tax reform, Texas and 19 other states brought suit claiming that this rendered the remainder of the statute unconstitutional. Without the Justice Department to defend the law, the district court hearing the case may well hold the “guaranteed issue” and “community rating” provisions of the statute unconstitutional — even though Congress voted not to repeal those provisions.

"Sessions’s Refusal to Defend the ACA Destroys Another Democratic Norm" is from the June 19, 2018 Opinion section of The Washington Post. It was written by Michael W. McConnell and narrated by Sam Scholl.