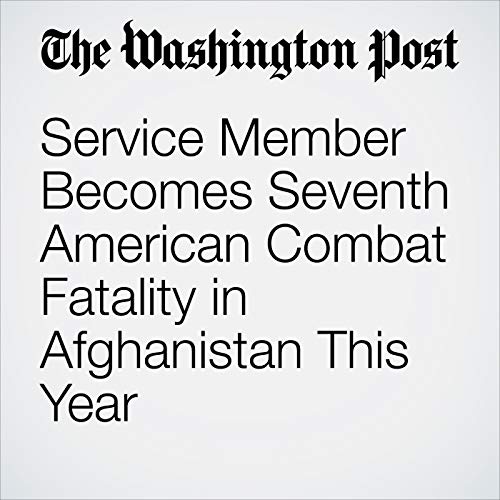 A U.S. service member was killed in Afghanistan on Friday, becoming the seventh member of the American military to die in combat there this year, U.S. officials said.

"Service Member Becomes Seventh American Combat Fatality in Afghanistan This Year" is from the October 04, 2018 National section of The Washington Post. It was written by Dan Lamothe and narrated by Sam Scholl.