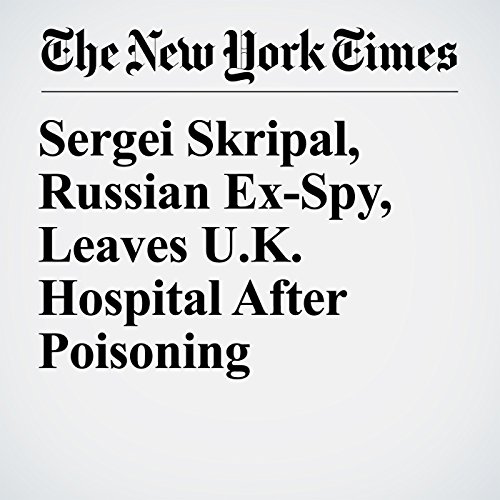 LONDON — Sergei V. Skripal, the former Russian spy whose poisoning in a sleepy English city touched off a diplomatic storm between Russia and the West, has been released from a hospital, British officials said Friday.

"Sergei Skripal, Russian Ex-Spy, Leaves U.K. Hospital After Poisoning" is from the May 18, 2018 World section of The New York Times. It was written by Michael Wolgelenter, Ellen Barry and narrated by Barbara Benjamin-Creel.