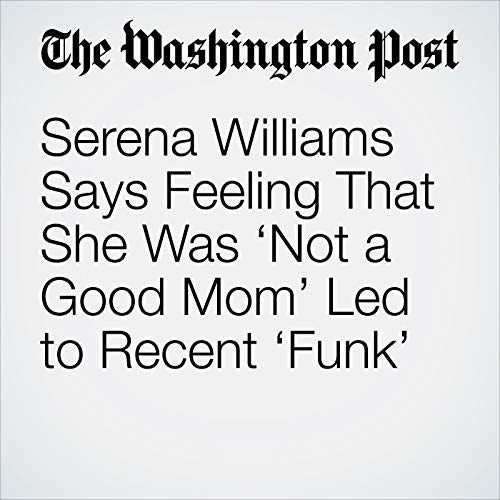 Since giving birth to a daughter in September, Serena Williams has been notably willing to share not only the highs of motherhood, but many of the lows she has experienced, as well. In the wake of the most lopsided loss of her career and a withdrawal from a tournament this week for previously unspecified personal reasons, Williams said on Instagram Monday that she has been in a “funk,” largely as a result of feeling that she was “not a good mom.”

"Serena Williams Says Feeling That She Was ‘Not a Good Mom’ Led to Recent ‘Funk’" is from the August 06, 2018 Early Lead section of The Washington Post. It was written by Des Bieler and narrated by Sam Scholl.