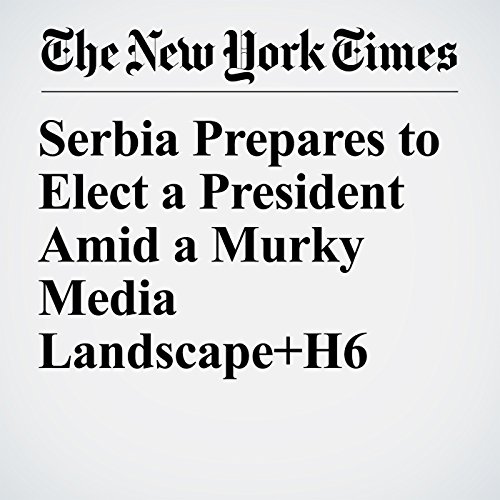 When he was Serbia’s information minister in the late 1990s, Alexander Vucic censored journalists, forced media critics out of business and served as chief propagandist for the regime of Slobodan Milosevic, the Serbian strongman reviled for the atrocities that followed the breakup of Yugoslavia.

Today Vucic is the prime minister of Serbia, having been elected in 2014 as a reformer on promises to lead Serbia into a democratic future and membership in the European Union. He has renounced the extreme nationalist views of his past.

"Serbia Prepares to Elect a President Amid a Murky Media Landscape" is from the March 30, 2017 World section of The New York Times. It was written by Matthew Brunwasser and narrated by Caroline Miller.