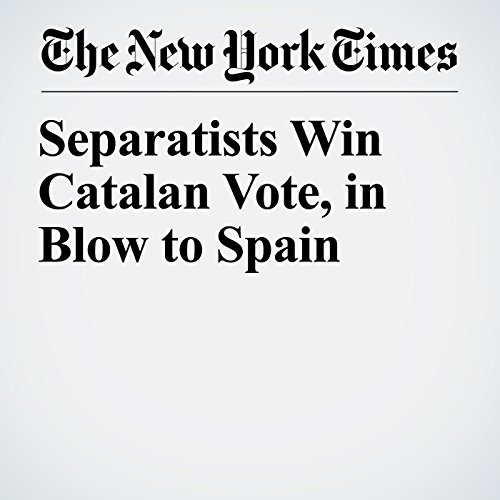 Spain’s effort to snuff out an independence drive in Catalonia was dealt a significant blow Thursday as secessionists narrowly won an election called by Prime Minister Mariano Rajoy in hopes of calming the country’s constitutional crisis.

"Separatists Win Catalan Vote, in Blow to Spain" is from the December 22, 2017 World section of The New York Times. It was written by Raphael Minder and narrated by Kristi Burns.