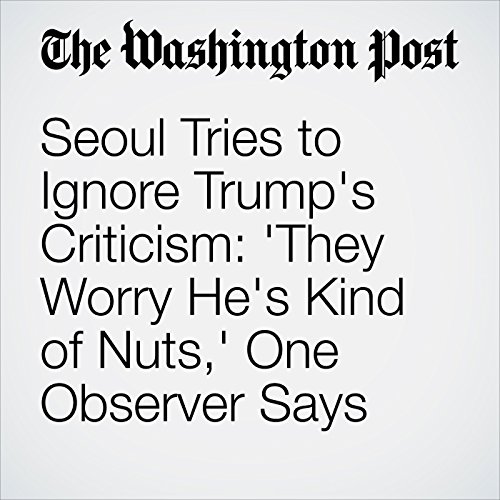 South Korea’s president tried late Sunday to dismiss talk of a dispute between Seoul and Washington over how to deal with North Korea following its sixth nuclear test, after President Trump criticized the South Korean approach as “appeasement.”

"Seoul Tries to Ignore Trump's Criticism: 'They Worry He's Kind of Nuts,' One Observer Says" is from the September 03, 2017 Asia & Pacific section of The Washington Post. It was written by Anna Fifield and narrated by Sam Scholl.