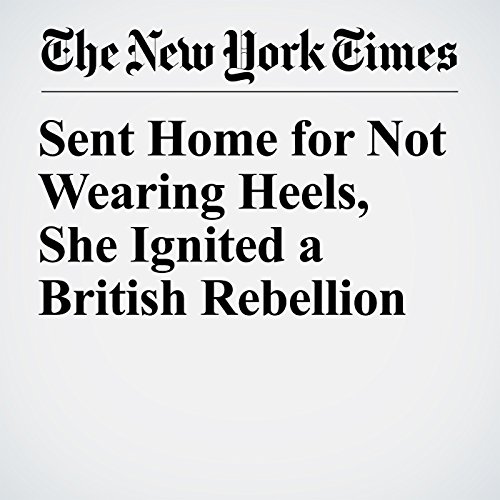 When Nicola Thorp reported to work awhile back as a temporary receptionist in the financial center here, she was shocked when her temp supervisor said her flat shoes were unacceptable. She would need to get herself shoes with heels at least 2 inches high.

"Sent Home for Not Wearing Heels, She Ignited a British Rebellion" is from the January 25, 2017 World section of The New York Times. It was written by Dan Bilefsky and narrated by Keith Sellon-Wright.