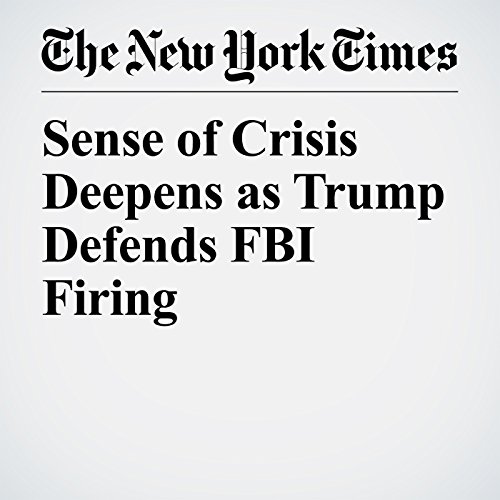 President Donald Trump’s abrupt dismissal of the FBI director roiled Washington on Wednesday and deepened the sense of crisis swirling around the White House as Republican leaders came to the president’s defense, and Trump lashed out at Democrats and other critics, calling them hypocrites.

"Sense of Crisis Deepens as Trump Defends FBI Firing" is from the May 11, 2017 U.S. section of The New York Times. It was written by Michael D. Shear, Jennifer Steinhauer and Matt Flegenheimer and narrated by Keith Sellon-Wright.