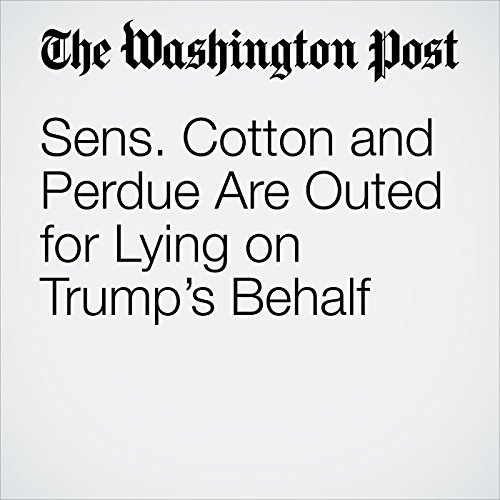 There is no honor among anti-immigrant advocates and liars, I suppose. After dutifully lying on behalf of the president regarding his abhorrent language (“shithole countries”), Sens. Tom Cotton (R-Ark.) and David Perdue (R-Ga.) were outed by the White House.

"Sens. Cotton and Perdue Are Outed for Lying on Trump’s Behalf" is from the January 16, 2018 Opinion section of The Washington Post. It was written by Jennifer Rubin and narrated by Sam Scholl.